This month, Poetry in the Brew welcomes two dynamic local poets to the stage.

Poet Christine Hall lives, writes, and gardens in Nashville, TN. A child of American mythology—tool girl calendars, bible stories, science fiction yarns—she ventures into intimate storytelling territory with ease. “Imitating Flatters,” a selection from her book Waking Up God, appeared on Nashville MTA buses in 2013 as part of Poetry Society of America and Metro Art’s Poetry in Motion. An active participant and promoter within the city’s vibrant creative culture, Christine has two sons and one boyfriend who is an artist. 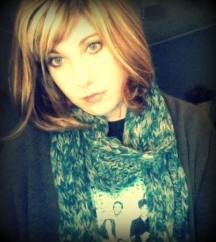 Amanda Gayle Oliver is a Southern Belle by birth and a New Englander by heart. Born and raised in Alabama, Oliver was first published in the Birmingham News at the age of 16. She holds a BA in Literature and Creative Writing. Most recently published in the San Diego Poetry Annual, Torrid Literary Journal, and for Steady Moon Press. Her work has also appeared in the Boston Literary Magazine, Emerge Literary Magazine, Barefoot Review, Lamplighter Review and for the Canadian Alzheimer’s Society. Her poetry and prose concentrate on taking what the world sees as ugly and making it beautiful, giving a voice to the voiceless, and human connection. She constantly craves Mexican food, always has change for the juke box, and never misses a chance to twinkle her toes in the nearest body of water. Oliver has had three plays (“Stuck,” “Elevator Music,” and “Lines”) produced in Alabama. She currently snuggles with her husband in Nashville, TN where she’s happiest reading Star Trek: The Next Generation fanfiction or dancing under Jefferson Street Bridge on a Tuesday night.