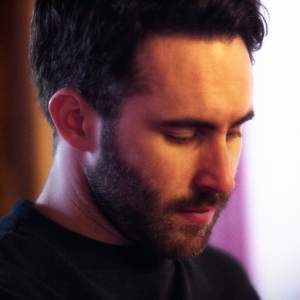 Andrew P. Dillon earned his BA from the University of Tennessee, and later graduated in their inaugural MFA class. He was awarded a scholarship to the Virginia Center for Creative Arts workshop in Auvillar, France, and has been nominated for the Best New Poets anthology and the Pushcart Prize. His work is forthcoming or has appeared most recently in Analog Science Fiction and Science Fact, Stirring: A Literary Collection, Connotation Press, Rivet: The Journal of Writing That Risks, and Public Pool.

He taught for a few years, but now works in healthcare in Nashville while completing his first collection, currently titled Captain for Dark Mornings (after a track on his favorite Laura Nyro album). He is tragically committed to the Buffalo Bills, Buffalo Sabres, and Tennessee Vols. He strongly supports the use of semi-colons, em dashes, and the serial comma.

In defining love, every poet becomes a synesthete—
trying to explain why the letter A is red, or rattle
tastes oaky, trying to order the unfiltered mind:
you orbit the dense, central bridge of my mind the way
twelve numbers every hundred form a chronometric solar system.
I cannot visit my friends’ newborn because baby powder
sounds like a man and woman searching for catharsis
in each other’s mouths. I love you as surely as
twenty-two is closer to my heart than fifteen,
and September is more trustworthy than June.
When I taste Korean food, I lose the ability to distinguish
my mouth from my ears, my throat, my navel—
the awareness of my limbs as distinct and specialized.
Or maybe it can be expressed as simply as this—
when I said time with you feels like two galaxies
recklessly merging their satellites and stars, I meant
I’m already torn from the orbit that anchored me.